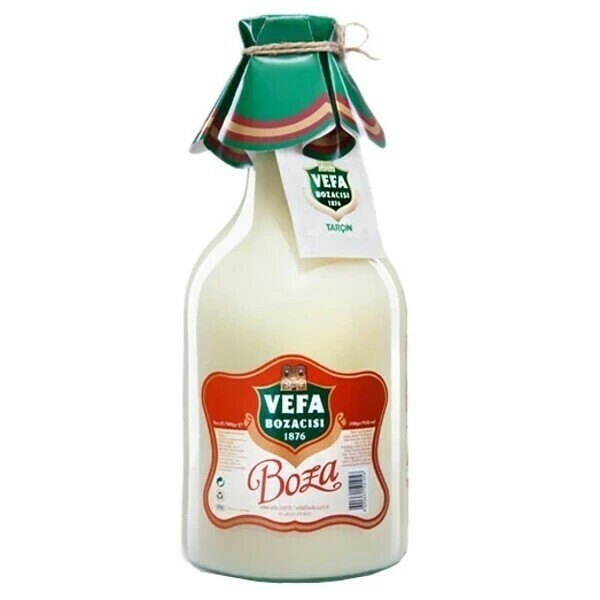 Boza is an alcohol-free, lightly fermented beverage produced from millet semolina, water and sugar. It is widely consumed in Balkans, Middle East and Central Asia.

The benefits of boza:

- helps the prevention of the carcinogenic substances formation, such as nitrosamine, in the body.

- has probiotical effect by dint of the active yeasts and beneficial bacteria it contains.

- makes the body resistant against many infections such as influenza.

- lactic acid forming during the fermentation of the boza makes the digestion easier.

- positively affects the activities of the gastric glands.

- has an important role in nutrition because it contains vitamin B complex.

- has eye-opening and relaxing effect for the nerves.

- also known as ‘’liquid bread’’ because of its nutritious feature and containing many nutritional elements besides carbohydrate and protein.

Save this product for later
Display prices in: USD